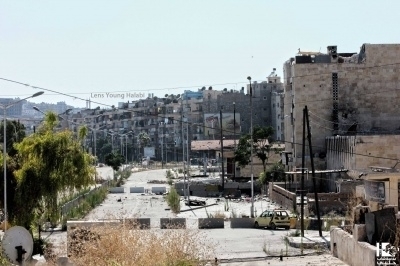 KIFAH Foundation for development and relief announced on Thursday that they are ready to offer people in regime-controlled areas furnished homes at no charge in the liberated areas of Aleppo.

The group said the offer was made as living conditions have deteriorated in regime controlled areas.

Ahmed Hajji, a spokesperson for the group , told Zaman al-Wasl: “We have now about 100 homes fully furnished and we are preparing a hundred more in the areas of Tareeq, al-Bab, Maskan Hanano, al-Sakhour, and al-Shaar.

Hajji said the project is self-funded as some profitable projects support and enhance the foundation’s position.