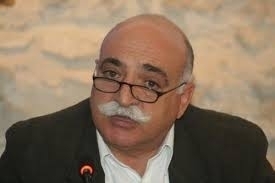 Syrian intellectuals have renewed their adherence to the "principles of the revolution" which started demonstrations in early 2011.

Emphasizing the importance of Syrian "independence in decision making," the intellectuals signed a statement that said they refuse Syria's involvement in regional conflicts.

The statement was signed by 100 Syrian intellectuals and shared with The Syrian Observer, announcing their "adherence to the principles of people's revolution in March 2011, the revolution summarized in the slogans of freedom, dignity, social justice and national unity."

The statement added that the signatories support the revolutionary forces struggling for a democratic and pluralistic state, a state committed to the independence of Syria, the security and the unity of its national land, and that guarantees public and individual liberties and equality among all citizens without discrimination.

The intellectuals assured their "commitment to the independence of Syrian national decision making and condemnation of involvement of Syria in any strategic and sectarian conflict between forces in the region."

It also accused the regime of "tyranny and corruption" in Syria and of being responsible for the tragic conditions in the country. The statement confirmed that "salvation for Syria is in bringing down this regime with all its symbols."

The intellectuals called for "a political solution that saves the bloods and the unity of national land, that which requires Bashar Assad and his regime's pillars to step down, a transition of power under the supervision of the United Nations to a full-authority transitional government that prepares for the election of the constituent council which in turn recognizes the constitution and supervises fair parliamentary elections."