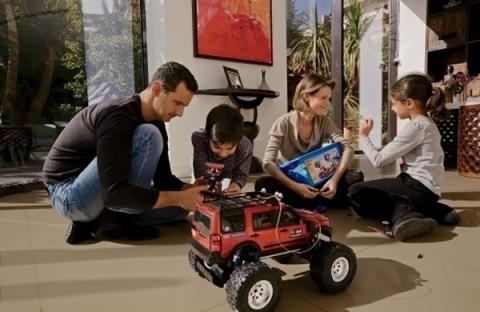 Syrian President Bashar Assad is seeking to present an image of a calm leader, composed in the face of the biggest challenge since he took power 14 years ago.

Preparations are increasing for a western military strike on Syria, a move that would certainly strengthen the opposition fighting against him for over two years.

A Syrian businessman in touch with Syrian leadership inside the country said the presidential palace "is quiet, working as normal. There is no trace of nervousness or tension."

"The same goes for the army, which will fight until the end," the source said.

"The President continues to work in a normal capacity, meeting with his advisers. He shows no signs of fatigue, stress or pressure,' he added.
Assad has repeatedly stressed his determination to confront the conflict in his country and remain in office until at least the end of his term in 2014.

According to a European diplomat travelling frequently between Beirut and Damascus: "The President assures his interlocutors of his innocence of the allegations made against him," in reference to claims by the Syrian opposition and its Western and Arab backers that his regime was totally responsibility for a chemical weapons attack on areas in Damascus on 21 August that killed hundreds.

The Syrian businessman said that Assad has changed.

"He is no longer that hesitant, shy man who laughs bewilderedly as he did in his first speech after the crisis began at the end of March 2011.

"Today he is self-confident and presents a more convincing performance".

An analyst familiar with the situation said that Assad "listens to his advisers, but he makes his decisions alone."


Another expert in Syrian affairs says that Assad had "inherited his father 's cool nerves ."

A Syrian woman meeting with Assad and his wife from time to time said that "their life is quite natural", adding that Asma Assad is "very interested in building a children's museum in the center of Damascus and the couple are moving a lot with their children".

The only change, she said, "were during the past few weeks as they are not sleeping in the same place often."

"I think that they are adopting preventive measures today, given the threats, even though the West has said that the goal is not to overthrow the president," she said.