Syrian state television denied on Wednesday Habib had left the country, as well as reports of his defection 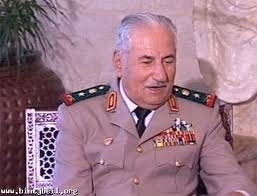 A major political figure in the Assad regime arrived in Turkey on Tuesday to work on a international deal on the transition government.

Habib resigned from his position in 2011.

The same sources say Russia will launch an initiative that includes an agreement to start a transitional government in Syria, headed by Habib.

The initiative will supposedly lead to a peaceful solution to the crisis in Syria without western military intervention.

It will be launched within the framework of the Geneva II Conference and includes a provision to avoid referring Bashar Assad to the International Criminal Court for his use of chemical weapons.

Sources said regional countries have expressed their consent for the initiative and say it was the reason behind U.S. President Barack Obama's decision to wait for Congressional approval before launching a military strike against Syria.

Assad issued a decree on 8 August, 2011 ordering the dismissal of General Habib from his post as defense minister, appointing Dawood Rajha in his place. Rajha was later killed in a huge bombing in Damascus targeting defense officials.

According to Habib himself, who appeared on Syrian state television at the time, the resignation was due to his deteriorating health condition.
Rumors have circulated that the Assad regime may have gotten rid of Habib following a dispute Assad over the events of the Syrian revolution.

Syrian state television denied on Wednesday Habib had left the country, as well as reports of his defection.

"There is no truth to what media is reporting about the travel of former defense minister Ali Habib Mahmoud outside of Syria. He is still in his home," Syrian state television quoted an official source as saying.