Syrian patients, including medical staff, who are targeted in the Assad regime's hospital attacks are receiving treatment in Turkish hospitals 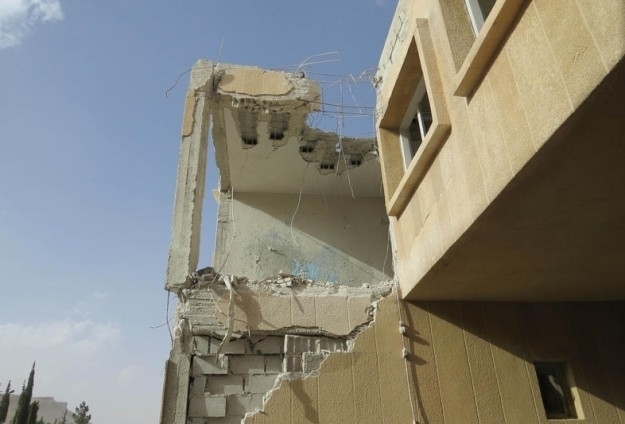 Hospitals controlled by or affiliated with opposition forces are one of the systemic targets of regime forces in Syria. Most of the wounded are transferred to Turkish hospitals in bordertowns.

As pointed out by a recent UN report, Syrian government forces systematically attacked hospitals and medical staff members to prevent treatment to the wounded from areas controlled by or affiliated with the opposition.

Referring to hospital attack in Aleppo, the report said, “These attacks injured and killed civilians receiving treatment in the hospital and medical personnel, significantly damaged the hospital’s infrastructure and substantially reduced its ability to treat patients.”

Doctor Khazem al Assad, who has newly recovered from intensive care at a hospital in Gaziantep, a southern province of Turkey at the Syrian border, said, "Regime forces destroyed the whole building. I was treating the wounded people at that time. We stayed under the debris for a while, then transferred to Turkey."

The doctor added, "If Turkish hospitals do not receive the wounded Syrians, many of them will die."

"May God bless Turkey. They help us by all the means they have."

Abd al Jalil Mohamed, a health official at the same hospital, also said, "I was treating the patients at the time of the missile attack. I do not remember the rest, I opened my eyes in Turkey. Assad forces are attacking hospitals, medical staff do not have life security."

"Operations are conducted under limited conditions, mostly without anaesthetizing. Seriously wounded ones are transferred to Turkey."

The UN report said that even during the early days of protests against the government, security forces had cracked down on medical staff who treated demonstrators.