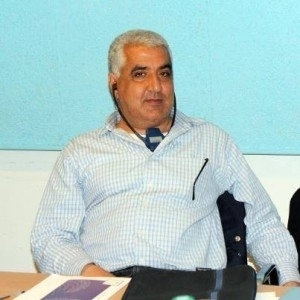 Amnesty International says it considers prominent Syrian human rights lawyer Khalil Matouq a prisoner of conscience, a year after his disappearance with a colleague as they headed to their offices in Damascus.

The organization said that Matouq, the director of the Syrian Center for Legal Studies and Research, defended hundreds of political prisoners and prisoners of conscience in Syria over many years as a lawyer in the field of human rights. There have been repeated reports that  he was arrested along with his colleague Mohammad Zaza on a security checkpoint while they were on their way to their office in Damascus.

"There are growing concerns about the health of Matouq, who is suffering from a lung disease and has severe difficulties in breathing. He is now a prisoner of conscience detained simply because of his peaceful activities. It is likely that his teammate Zaza is also a prisoner of conscience because his arrest seems to be linked to his work as a lawyer in the field of human rights," Amnesty said in a statement.

The organization pointed out that it "has received credible information from released detainees stating that Matouq and Zaza are detained despite denials by the Syrian authorities, and it is claimed that they are vulnerable to enforced disappearance," the statement said.

Amnesty's Director for Middle East and North Africa, Philip Luther said: "Matouq and his friend Zaza should be released immediately and unconditionally, and the Syrian authorities should inform their families the their presence and their health condition, and should grant them access to their relatives and lawyers, and should ensure that Matouq receives appropriate medical care.".