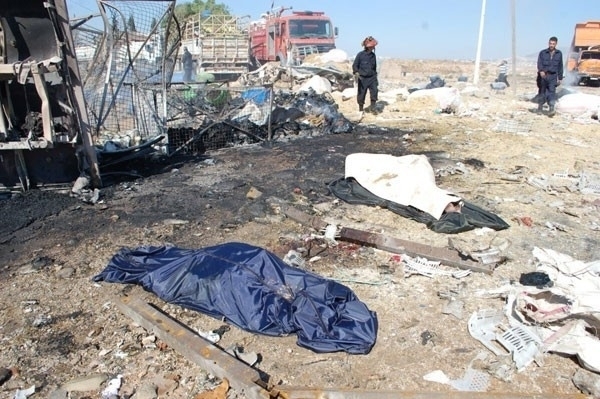 SANA– Thirty-seven citizens were martyred and dozens injured after a suicide terrorist attack blew up a truck near the Agricultural Mechanization Company at the outskirts of the central province of Hama on Sunday.

An official [Syrian government] source announced that a terrorist blew himself up in a truck loaded with 1.5 tons of explosives at the eastern entrance of Hama to the al-Salamiyeh area, claiming the lives of 37 citizens, among them two children, while dozens of others were wounded.

The death toll is likely to rise due to the critical conditions of many injured citizens, according to the source.

The terrorist bombing took place amidst heavy traffic when a truck filled with domestic-use gas cylinders was passing by, leading to the cylinders’ explosion. The explosions caused heavy damage to more than 32 cars and structural damage to residential and trade buildings in the area, the source added.