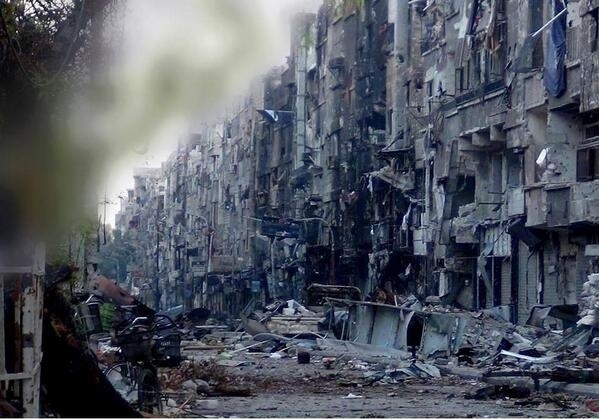 PLO executive committee member Ahmad Majdalani said that four factions remain in the Yarmouk camp in southern Damascus, even after a pledge by nine others to withdraw.

Majdalani told Ma'an News Agency that the Nusra Front, the Islamic State of Iraq and Greater Syria (ISIS), Ibn Taymiyya, and a fourth unnamed faction remained in the camp, referring primarily to Wahhabi militant groups opposed to the Syrian regime.

The withdrawal of the factions was meant to allow the camp to become a neutral zone and to pressure the Syrian regime to end a 7-month-long siege which has led to at least 30 deaths in the camp from starvation.

Majdalani said the militants refuse to leave the camp because of "political agendas” and were attempting to scuttle any possible agreement to keep the camp in their hands.

Majdalani announced that a delegation including himself, the head of the PLO refugees' department Zakaria Agha, and Jordanian PLO member Bilal Qassim, will head to Syria in an official visit on Tuesday.

They will meet political and security officials, Palestinian officials and Palestinian faction leaders as part of the visit.

"The delegation will try to pressure (officials) into opening safe passages for the entrance of medical and food supplies to the camp's population of around 20,000 Palestinian refugees," he said according to Ma'an New.

Majdalani explained that the Palestinian Authority sent aid to the camp but it had not been allowed to enter because of the continued presence of militants in the camp.