The victims came from different sects and included Sunni Muslims, as well as Ismailis and Alawites, who follow different offshoots of Shiite Islam 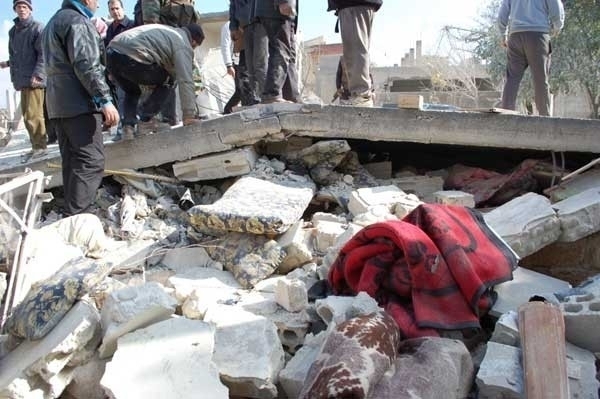 A massive car bomb killed 18 people in the village of Kafat in Syria’s central Hama province on Thursday, the Syrian Observatory for Human Rights NGO said.

The monitoring group said women and children were among the dead in the blast, which also killed members of a pro-regime militia.

The huge explosion, which was heard in the nearby city of Hama, took place near a village school, the Observatory added.

Syria's official news agency SANA reported that a car bomb explosion on Thursday rocked Salamiyeh area in the countryside of Hama, claiming the lives of 17 civilians, among them women and children.

The injured people were transported to Salamiyeh Hospital and a number of other hospitals in Hama.

SANA reporter said the "terrorist bombing caused huge material damage to tens of houses and cars and sabotaged infrastructure in the town."

The Observatory said the death toll could rise because many of those wounded in the blast were in critical condition.

AFP said that the victims came from different sects and included Sunni Muslims, as well as Ismailis and Alawites, who follow different offshoots of Shiite Islam.