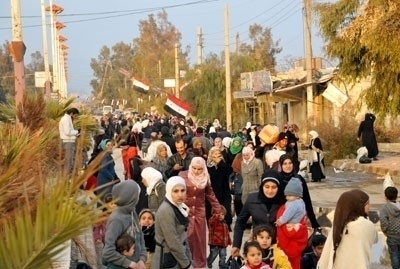 Hundreds of families displaced by terrorist activities from Moadamiyeh in rural Damascus have begun returning to their homes after successful national reconciliation efforts.

Supervisor of the reconciliation initiative in Moadamiyeh, Hasan Ghandour, said that locals began returning to the area voluntarily four days ago. The program will see 40,000 people return to the area within weeks.

Ghandour said coordination between government authorities and the Syrian army facilitated the return of residents to their homes.