Marwan was found in the Jordanian desert, with his possessions stuffed in a small plastic bag 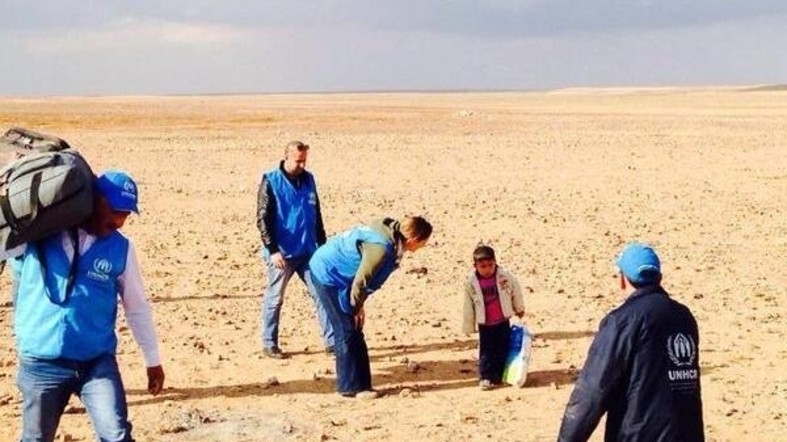 U.N. workers on Sunday found a four-year-old Syrian boy crossing the Jordanian desert to be with his parents, in the latest poignant story emerging from the country’s bitter civil war that has left more than 130,000 people dead.

“Here 4 year old Marwan, who was temporarily separated from his family, is assisted by UNHCR [United Nations High Commissioner for Refugees] staff to cross,” Andrew Harper, the U.N. refugee agency’s representative to Jordan, tweeted on Sunday.

Marwan was found in the Jordanian desert, with his possessions stuffed in a small plastic bag.

On Sunday, more Syrians were crossing the desert to seek refuge in Jordan.