The Arab League suspended the government of Bashar Assad in 2011 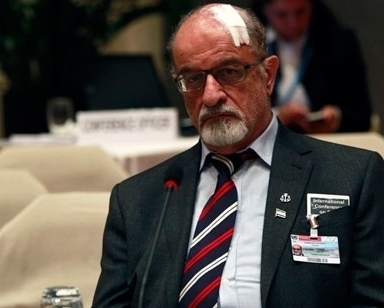 The political body on Friday agreed on a proposal by Ahmad Jarba, the leader of the Coalition, and Badr Jamous, its secretary general, to appoint the director of the Coalition's legal bureau as Syria's envoy to the Arab League.

The 22-member League suspended the government of Bashar Assad in 2011 after it unleashed a bloody crackdown on a pro-democracy movement that sparked a violent uprising.

The League subsequently granted the seat to the Coalition but postponed full participation in the body’s activities until a provisional government was formed. That has now been accomplished, according to Arab News.

In a relevant development, the Secretary-General of the Arab League, Nabil al-Arabi, invited Jarba during the last meeting between them in Cairo on 5 February to attend the next Arab summit on 25 March in Kuwait, as well as to address Arab leaders, sources said.

Maleh, 83, is a Syrian democracy activist and former judge. He was imprisoned by the Syrian government on political grounds on several occasions since the 1960s. He earned a degree in law and a diploma in international law. He has received many awards for his defense of human rights in Syria.