Both sides accuse the other of assisting terrorist groups 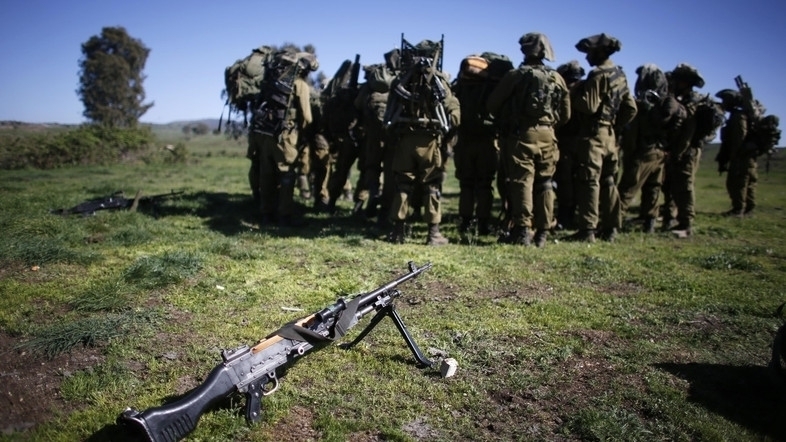 In a statement, the army command said the strikes targeted military bases in the Quneitra region “leading to the martyrdom of one soldier and the wounding of seven others,” the army said in a statement.

“We warn that these desperate attempts to escalate and exacerbate the situation in these circumstances by repeating these acts of aggression will endanger the security and stability of the region,” the statement added.

The statement came after Israel announced it had carried out air raids overnight against several Syrian army positions that “aided and abetted” an attack against Israeli troops on Tuesday.

Syria, which has long accused the rebels fighting to oust President Bashar Assad of ties to Israel, said the Jewish state's strikes were intended to bolster the opposition.

But SANA quoted a general command of the army and the armed forces as saying that “the Zionist enemy committed a new violation of the agreement on disengagement by firing a number of artillery, tank and anti-tank rocket shells near Sehita village and on 1023 hill on Tuesday afternoon, causing material losses.”

The Command added in a statement issued on Wednesday that “the Zionist enemy's warplanes targeted today morning the sites of Koum al-Wissiyeh, Nabe' al-Fawar and Saasa on the outskirts of the liberated city of Quneitra, claiming one life and wounding seven others.”

“The Israeli aggression,” the statement noted, “coincided with an attack by numbers of terrorists on the Central Prison in Daraa city from the direction of Jordan.”

According to al-Arabiya, Israel warned the regime of Syrian President Bashar Assad on Wednesday that it would pay a “high price” for helping militant groups bent on attacking the Jewish state.

“We see the Assad regime as responsible for what is happening under its authority, and if it continues to cooperate with terror elements who seek to harm Israel, we will make it pay a high price,” Israel Defense Minister Moshe Yaalon said.

“We will not put up with any breach of our sovereignty or attack on our soldiers or citizens, and we will react with determination and force against anyone acting against us, at any time and any place, as we have done overnight,” Yaalon said in a statement.

“Whoever tries to harm us takes his fate in his hands.”

Syria's forces are supported in their battle against rebels seeking to topple Assad by fighters from Hezbollah, a powerful Lebanese Shiite movement which battled Israel to a bloody stalemate in a 2006 war.

The Syrian government said that while it stresses its resolve and determination to go ahead with its war against the terrorist organizations until eliminating them, "it warns that such desperate attempts at escalation and creating tension under these circumstances through repeating these aggressive acts would jeopardize the region's security and stability and make it vulnerable to all options,” SANA reported.