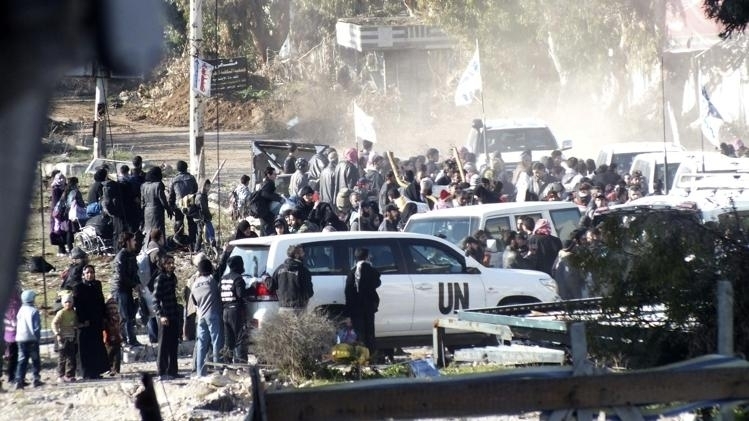 Opposition activists have warned that regime forces are preparing to take full control of the city of Homs.

The warnings have been heightened after reinforcements were sent to enforce truce agreements and safe passage to move the opposition fighters from the besieged neighborhoods to the northern countryside of the city.

Opposition activists said on Monday that the regime has used reconnaissance aircraft and vacuum bombs to destroy the tunnels which formed a path to deliver food to Homs.

One of the activists explained that "the last attempt to lift the siege" took place a few days ago, when about twenty fighters were killed in the explosion of a vehicle in the besieged neighborhoods near the chicken (jaj) market."

The activist Hussam al-Homsi revealed that "negotiations have been underway for nearly twenty days between the representatives of the regime and the leaders of some groups to open a way out for these groups to the north countryside towards the towns of Rastan and Talbiseh."

"In the face of the cruelty of the siege, some people do not find any other option," he said, "which means that Homs will soon fall in the hands of the regime."

In parallel, activists reported that the regime has reinforced forces in the neighborhood of Homs Ghouta, between Jourat al-Shia and al-Waer, with more than a thousand fighters, in order to put pressure on opposition fighters to sign a reconciliation agreement, signalling that otherwise the regime forces will storm the besieged neighborhoods.

"The lack of ammunition and the severity of the siege mean that if a few fighters surrendered themselves or left Homs, the city will fall into the hands of the regime," al-Homsi said.