Agreement reached through direct communication with all parties involved 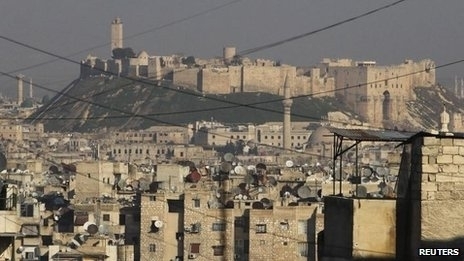 The Nusra Front has issued a statement addressing the people of Aleppo in the areas controlled by the regime, informing them of its decision to restore the power supply to their areas to end their suffering as part of of an initiative to stop the bombardment of civilians.

The initiative will pass through a trial period to test how far the regime is committed to the agreement.

The statement said that if the regime fails to prove its commitment, the response will be more severe than before.

"We wish and hope for our people in the regime-held areas to be liberated areas, so that they might be aware of the necessities to protect their brothers in the liberated areas, the children, the elderly and women from the barrels of hatred," the statement said.

The terms of the agreement, were published under "The Agreement for Power Supply In the Province of Aleppo". The initiative said that the agreement was reached through direct communication with all parties, and included the following:

2. All parties are committed to neutralizing all the companies and service providerd in Aleppo including  "electricity, water  and sewage", and to conserve them and protect them

3. All  parties are committed to neutralizing the civilian areas in Aleppo from military actions

4. The General Company for Electricity in the province of Aleppo will start on Monday, 28 April on the rehabilitation of the line 66/k.F. which provides power to the station in Jisr al-Haj

The Directorate of electricity in the liberated areas in Aleppo issued a statement on 18 April, in coordination with legitimate military factions, to cut off the power supply from all regime-held areas in the city of Aleppo.