Abdul Baset Sarout and another 900 rebels evacuated the legendary city of Homs on Wednesday. 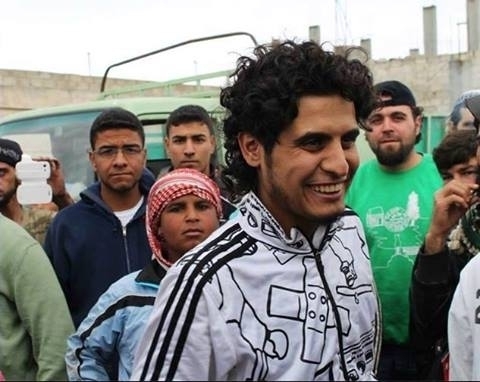 Activists have circulated a powerful message from an iconic activist of Syrian revolution, Abdul  Baset Sarout as he and another 900 rebels  evacuated the legendary city of Homs on Wednesday.

In a short interview with Orient Satellite channel, Sarout admitted the Assad regime had achieved victory due to the severe siege and the starvation policy which he said were more harmful than arms themselves.

The former goalkeeper said the evacuation deal is a chance for rebels to be reunified and monopolize efforts and powers to come back again to the city of Homs.

“We know that Assad will try to kill all of us just not coming back,” he said.

By early Wednesday evening, around 900 fighters, including 120 wounded, had boarded several buses that departed from a police command center on the edge of Homs' rebel-held areas, headed to the northern Homs towns of Dar al-Kabira and Talbiseh, Abu Jaafar al-Mugharbel told Zaman al-Wasl. 120 rebels were wounded, al-Mugharbel added.