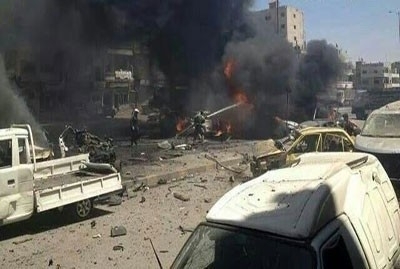 The Nusra Front terrorist group claimed responsibility for the two car bombs which rocked the city of Homs and its countryside on Sunday.

The terrorist group admitted the two car bombs were detonated in a timely way to kills and many people as possible, the French News Agency reported.

The bombs in Homs killed 10 citizens and wounded some 42 others.

A source in Homs told SANA that terrorists blew up a car bomb they parked near the garage in the Zahraa neighborhood, killing 10 people and wounding another 30.

12 citizens were injured when a car bomb went off under the Homs Refinery Bridge on the way between Homs and Tartous provinces.