The Shaghour neighborhood has seen a massive Shiite resettlement 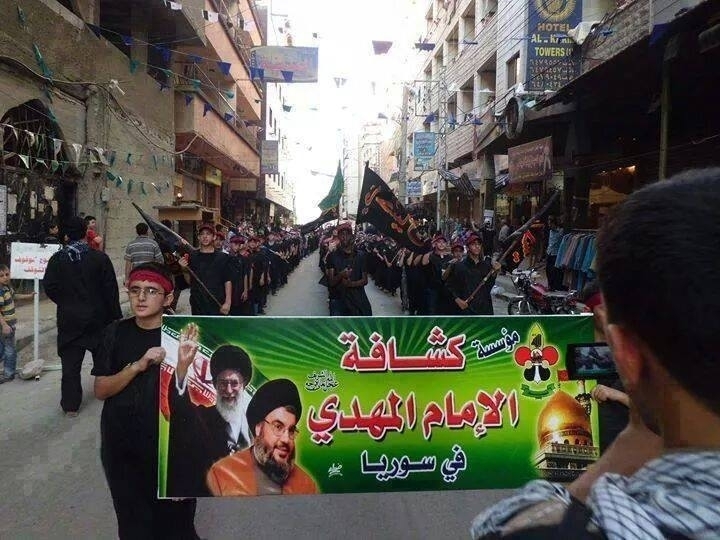 Syrian revolutionary activists are warning the Sunni Muslim communities about the shiitization of children in the capital, Damascus, under the auspices of the Ministry of Religious Affairs and the Syrian Grand Mufti Badr al-Din Hassoun, according to a report by the Sham News Network.

In the Shaghour neighborhood in the center of the capital, which has fallen victim to a massive Shiite settlement by the Assad regime in Syria, a headquarters of for the Syrian Hezbollah, which follows the Lebanese Hezbollah, has appeared suddenly.

In addition, some real estate brokers have emerged, offering homeowners large sums of money to sell their houses to Shiite families, residents reported.

The regime has recently launched an arrest campaign, capturing more than 50 young people from the neighborhood in order to empty it of its population and force the families of the detainees to flee the area.

The Shiite guerrilla force fighting alongside the regime in the Damascus countryside have taken the Shaghour neighborhood and some of the old neighborhoods of Damascus as seat of rest, meeting the friends and families of Shiite settlers who came from Iraq, Lebanon and Iran.

The Network noted that the Assad regime began granting citizenship to many Shiite families from Iraq and Lebanon, while the activities of Kashshafat al-Imam al-Mahdi, which recruits children and teaches them how to use weapons, along with Allatmyat and similar Shiite rituals have also increased.