CNN reports that the U.S. Special Forces captured Baghdadi in Fallujah in 2004 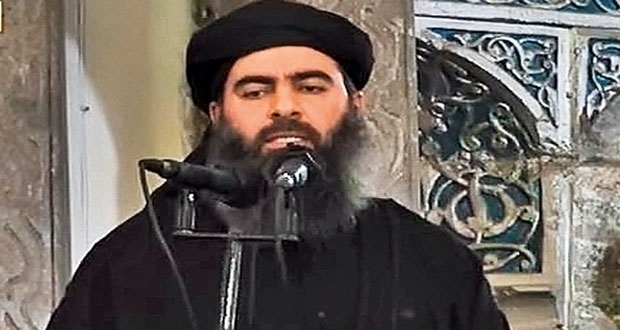 CNN has revealed that the American armed forces released the leader of the terrorist organization, the Islamic State (IS), Abu Bakr al-Baghdadi.

In a report, the channel said that the U.S. Special Forces captured Baghdadi in Fallujah in 2004 that he was considered by them to be a low-ranking Al-Qaida member.

The channel also reported that according to a Pentagon spokesman, a review board recommended his unconditional release.

This new evidence proves that the man, who had proclaimed himself the Caliph of all Muslims, is a mere pawn in the hands of the U.S. administration used to achieve its goals in the region.

This analysis was corroborated by other evidence, including details included in a book penned by U.S. Secretary of State Hillary Clinton, 'Hard Choices' , about the fact that Baghdadi and his organization –  which is financed by the regime of Saudi Arabia, the primary supporter of terrorism in the region and the world – are the creations of the U.S. administration whose sole purpose is to carry out its so-called 'New Middle East Project'.

Analyzing Baghdadi’s personality, terrorism expert at the Soufan Group, Richard Barrett, believes the time spent by Baghdadi in U.S custody motivated him to build his base of fighters.

Barrett said that Baghdadi himself is living in the shadows and often appears in disguise, and that the terrorist leader works directly only with his closest advisers, keeping everybody else unaware of his location or his identity.

CNN referred to the fact that intelligence experts fear ISIS may even be more dangerous than al-Qaeda, describing Baghdadi as being “a ruthless and mysterious man… trying to build a powerful base” and highlighting that to the terrorists he commands, his allure comes from his promotion of brutality.

A photo that went viral on social networks this week showed Baghdadi with U.S. Senator John McCain near the Syrian–Turkish border.

According to some political analysts and experts on terrorism, this photo is plain evidence of the U.S. role in creating this terrorist and the organization he leads, noting that McCain visited a number of terrorist organizations in Syria and Iraq during the past three years, providing them with different types of support.

Some media outlets also reported recently about Baghdadi as working with Israeli intelligence agency the Mossad.