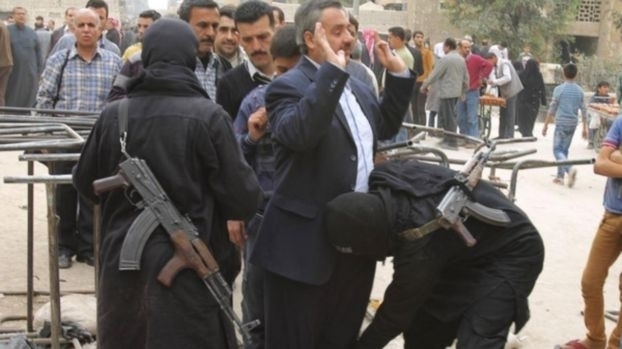 The Syrian Observatory for Human Rights has published statements delivered by the Islamic State (IS) in al-Mayadin, in the eastern countryside of Deir El-Zor including new instructions to people living in the city.

"All shops must be closed at prayer time and everybody must go to the closest mosque as soon as he hears the call for prayer. Anyone seen on the streets or in the shops during prayer time will be punished," the first statement said, according to the Observatory.

IS specified the procedures would be taken against those who ignore the instructions:

1. In the first instance, the shop will be closed for two days.

2. If this happened again, the shop will be closed for five days.

3.In the third instance, the shop owner will be treated according to Shariah law.

The Observatory added that the second statement said that "it is forbidden to sell or deal with drugs, cigarettes and hookahs, and anyone caught in these actions will be treated according to Shariah penalties".

"It is forbidden for any girl or woman to leave her house dressed in a non-Islamic dress, and whoever ignores this rule will be judged according to Shariah," the third statement said.

The Observatory reported from some activists that IS has seized all "the female embroidered gowns" from the shops of the city, because "they are improper, according to Shariah teachings".