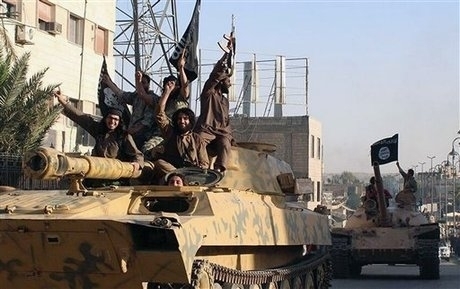 As the Islamic State continues to inflict humiliating defeats on Bashar Assad’s forces in east Syria, pro-regime activist's expressed rage on social media, demanding the ouster of the Defence Minister.

Activists dubbed the regime’s Defence Minister, Fahd Jassem al-Freij, as the "death minister", saying everyone involved in the dramatic losses should be held to account.

The Syrian Observatory for Human Rights said 320 Syrian troops were killed in the fall of the Tabqa airbase, the last foothold in Raqqa province on Sunday.

IS fighters were seen carrying the heads of regime’s soldiers who were killed. The Islamic State beheaded the soldiers in a move seen by many people as meant to terrify those who oppose or even think to oppose the Islamic State, according to the Observatory.