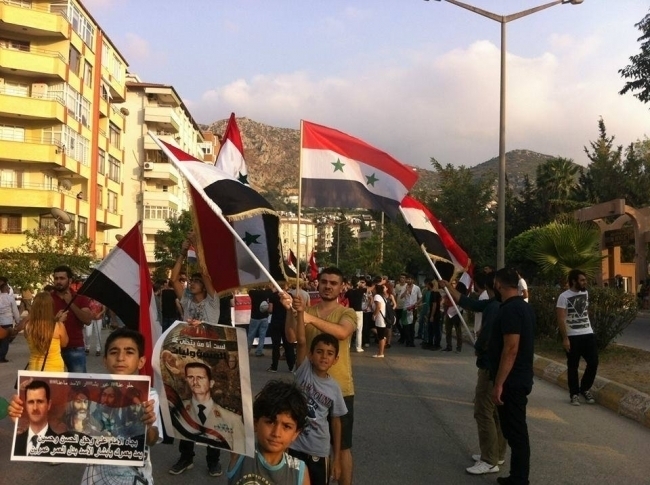 Turkish Alawite activists on Monday organized a march to express their support for Syrian regime in Hatay.

The march was arranged by members of the Turkish Alawite Youth to Combat Terrorism and Takfiri Movements.

Alawite activists are vocal in their support of Assad in Antakya, throwing their weight behind the Syrian regime.

While the Alawites of Syria may not be monolithic in their support of their fellow Alawite president, the dictator can find near unanimous backing among members of the sect across the border in a region that is part of Turkey, according to Time Magazine.