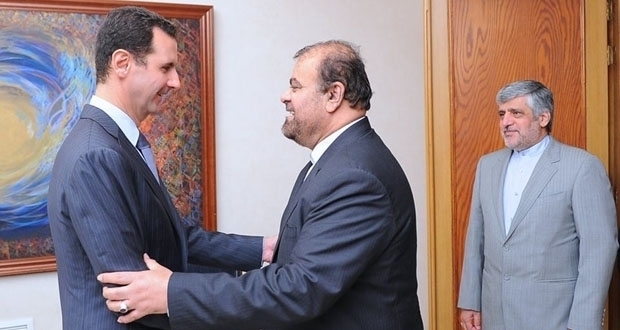 President Bashar al-Assad on Wednesday received the head of the Iranian-Syrian Economic Relations Development Committee, Rostam Qasemi, along with an accompanying delegation.

Talks focused on the existing economic cooperation between Syria and Iran and prospects for developing and boosting it to serve the interests of both states.

Qasemi lauded Syria’s resolve in the face of the war targeting it and the Syrian people's sacrifices in the battle against terrorism which has not dissuaded them from continuing their leading role in the resistance axis.

He said the Iranian leadership is committed to working with Syria to bolster its steadfastness, and that Iran is prepared to offer its expertise in all necessary areas to help Syria with reconstruction.

Assad re-affirmed Syria’s commitment to boosting economic cooperation and coordination with Iran in line with their level of political and historical relations.