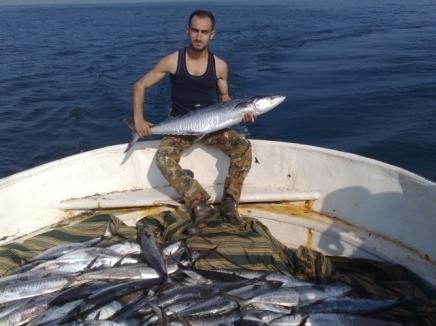 At least 1,000 food poisoning cases have been registered in Lattakia province within 10 days, a source told Zaman al-Wasl.

Assad University Hospital in the Mediterranean city reported the poisoning was due to eating Palamida fish.

As poverty takes hold in Bashar al-Assad’s homeland province, Palamida fish, sold at cheap prices, have become the main meal for the poor.

Activists said the fish, which has flavorless meat, is the basic meal for most people in coastal areas.

Syrian coastal cities have been suffering high rates of pollution as well a decline in fisheries.

Scientists say there is a wide range of toxins present in the seawater there, produced by any number of agents such as marine plankton and algae. These produce a range of health problems such as ciguatera poisoning, although this is uncommon.