The importance of Tal al-Hara lies in its being 1,075 meters above sea level and overlooks Daraa, Quineitra and Damascus Countryside governorates 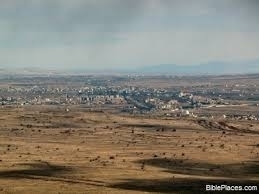 Syrian armed opposition forces operating in the battles in Daraa countryside were able to liberate Tal al-Hara, in the western countryside of the province and the Tal al-Ahmar as-Saghir and the security facility south of the city and al-Jadeera checkpoint east of it.

The rebels are still clearing Hara after they liberated the farms surrounding it on Monday, in a coordination operation that included 80 armed factions.

The member in the Second Brigade's Command Council, Ahmad Abu Rweshan, told All4syria in an exclusive interview that the Special Forces have targeted the military headquarters and barracks of regime forces, killing more than 40 regime soldiers, while Assad's army retaliated by shelling the surrounding of the city with explosive barrels and missiles.

The importance of Tal al-Hara lies in its being 1,075 meters above sea level and overlooking Daraa, Quineitra and Damascus Countryside governorates.

Tal al-Hara is also a center for artillery and tanks which shelled the region for years. By liberating it, the path to the western Ghouta has become wide open for the armed opposition factions.

Abu Rweshan said that the timing of the battle is significant "because the armed factions have tried to regain the city on the same date of its occupation by regime forces last year, when the opposition troops couldn’t face regime's forces because of the lack of equipment".