Munther al-Mir, with the help of another two people and a relative of the Minister of Defense, is said to have smuggled archaeological relics from the al-Sathiat area 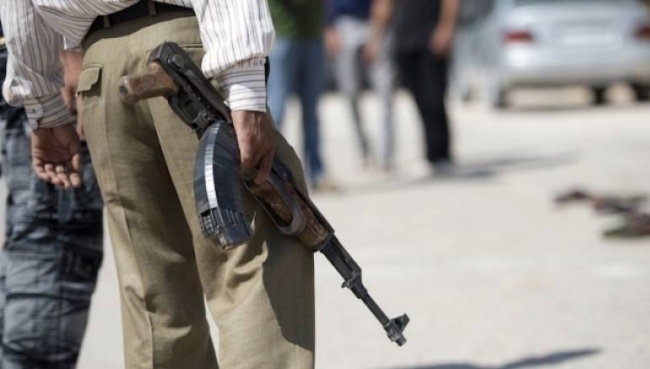 A leaked document reveals that militants from National Defence Forces militia in Hama province have been involved in smuggling Syrian archaeological relics and antiques under the cover of top Syrian officials.

Munther al-Mir, with the help of another two people and a relative of the Minister of Defense, Abu Fawaz, worked on smuggling monuments from the archaeological hill in al-Sathiat area.

The document, seen by Zaman al-Wasl, revealed that Mir worked with Abu Fawaz on smuggling arms from Raqqa, as all checkpoints facilitated their way without inspection, in return for huge amounts of money to Mosib Salameh and Ali Hamdan.

According to the document, Mir abducted a man called Khalaf Hajo from Raqqa after stopping his car. Later the man disappeared with 320,000 Syrian Pounds. Complaints were made about similar crimes committed by Mir, but no one did anything about them.

Another crime referred to in the document was when Mir and his men attacked the Karim village situated to the west of Salamiya, attacked houses and arrested men, women and children, also stealing all of their money and valuables.

The document mentioned that Mir had occupied a five-star touristic building in Salamiya from the owner Mokhlis Yaghi, transforming it into a luxury office for himself.

The document outlined Mir's history, including his previous work fixing bicycles before suddenly becoming a millionaire owning many properties with bodyguards, without anyone questioning the source of his new wealth.

Zaman al-Wasl has previously published many exlcusive documents of reports from members from the National Defense Army and shabbiha, about each other, and which were sent to Air Forces Intelligence, detailing the killing, robbery, burning, torturing and kidnapping crimes of Mir and his men against the people from all religions and sects, including regime supporters.

The leaked documents have serious consequences in the shabbiha community in Salamiya, especially those about Mosib Salameh’s shabbiha there, as they resulted in the arrest of many members from the National Defense Force army including Ali Hamdan, the most important man for Mosib, because they embarrassed the regime before the public.