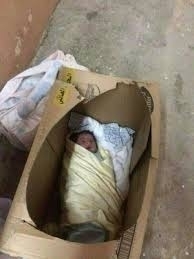 The leading sharia judge in Damascus, Mahmoud Marrawi, said the number of orphans in Syria has risen dramatically as a result of the death and loss of parents due to the crisis in Syria.

Marrawi said it was important to distinguish between the orphans who were born from illegal marriages and those who have lost their parents.

Marrawi explained in a special interview with Al-Watan that there is one case each week in Damascus and that the role of the sharia judiciary is to appoint a guardian for the orphan to provide him with the proper care.

Orphans are kept in special care centers, and then when a person applies to the ministry of social affairs to adopt the foundling, the sharia judiciary decides whether to accept or refuse the submission.

Statistics from the Ministry of Social Affairs reveal that the number of orphans in care centers is about 500 across the country.

The statistics also revealed that 20 cases were registered in the last two months, all for children found abandoned in the streets. Hundreds of other children lost their parents in the regions of conflicts with the armed groups.