Economics, public services, the social fabric of communities and the welfare of families are all affected, not to mention the security impact of the Syrian conflict in the whole region 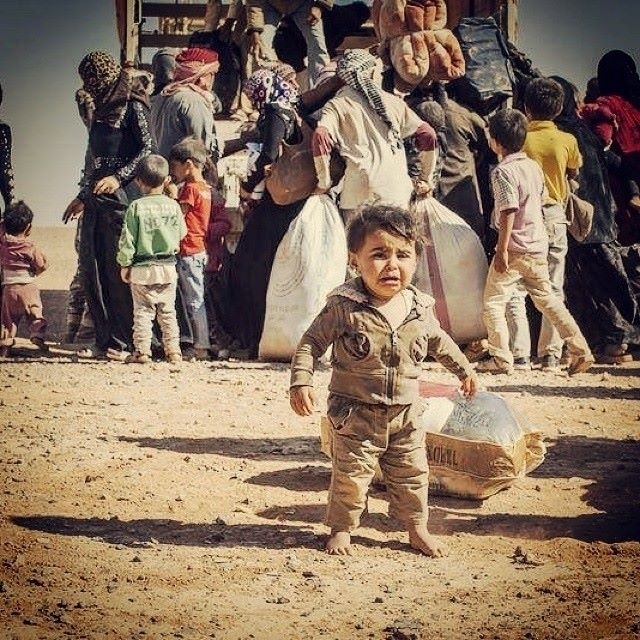 Syria's neighbors have urged European countries to open their doors to more refugees from the civil war and for immediate financial and technological help as their infrastructures buckle under the massive influx.

More than 3 million people have fled Syria because of the conflict, mostly to neighboring countries. Another 6 million are displaced within Syria.

At an international conference which convened in Germany on Tuesday to address the mounting challenges, Antonio Guterres, UN high commissioner for refugees, said the refugees posed the world's "most dramatic humanitarian crisis".

"Economics, public services, the social fabric of communities and the welfare of families are all affected, not to mention the security impact of the Syrian conflict in the whole region," he told the gathering.

Lebanon, whose population is only 4.5 million, has taken in about 1.1 million refugees. Tammam Salam, the country's prime minister, told the conference of foreign ministers and representatives from 40 nations that the status quo was unsustainable.

In addition to placing huge strains on the country's hospitals, schools and other institutions, the refugees are also taking jobs from Lebanese workers, creating resentment, he said.

"The massive influx of Syrians into poor communities totally unprepared to cope with such a sudden burden has had a destabilizing effect, with a variety of challenges and threats that constitute a fertile ground for extremism and violence,'' Salam said.

His comments came as soldiers had just managed to quell three days of fierce fighting in the northern Lebanese city of Tripoli that killed at least 16 people and forced thousands to flee.

Naci Koru, Turkey's deputy foreign minister, noted that his country had spent about $4bn on dealing with Syrian refugees so far, and received only $250m from the international community.

"The host countries need and deserve much stronger financial support to their budgets to allow them to address the structural gaps," Guterres said, pointing to education, health care and adequate infrastructure.

Frank-Walter Steinmeier, the German foreign minister, who organised the conference, said in addition to easing the hardships of the refugees themselves, the focus needed to be on international investment in hospitals, schools, water supplies and waste disposal systems in the neighboring countries.

"This is not only a question of more money," he said. "We also need to use the funding more effectively and more sustainably."

"We hear the call from host countries to reduce the number of refugees," he said.