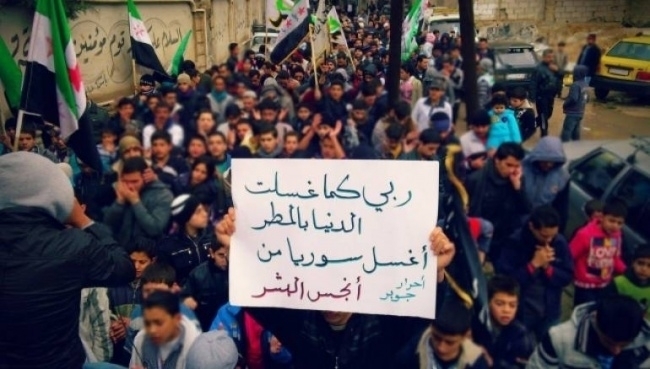 Local activists have documented more than 20 toxic gas attacks in the last three months as Bashar al-Assad forces carry out the fiercest assault on Jobar since the start of Syrian revolution in 2011, conducting hundreds of airstrikes.

The regime is trying to retake Jobar after the capture of several rebel-held areas around the center of the capital last summer, including the town of Mleiha just outside Damascus on August 14, according to Reuters.

Jobar was seized by armed rebels over a year ago, and the area has since endured ongoing ground shelling by government missile batteries located in Damascus city center.