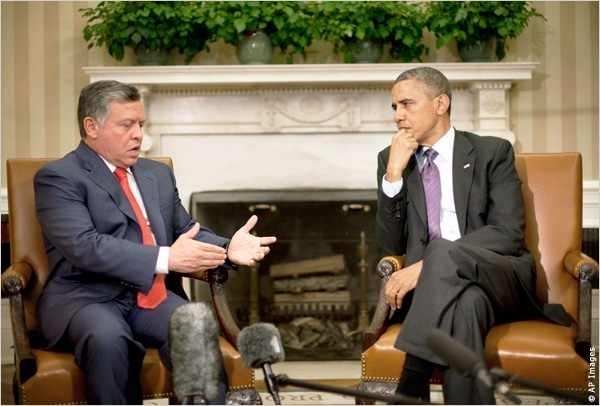 Jordan has been given the  green light politically and diplomatically from the U.S. administration to test a new scenario to deal with the repercussions of the Syrian file on the basis of a power transition plan supported by influential international and regional parties, especially Russia.

On the sidelines of the recent visit of King Abdullah II to Washington, Jordan has managed to "convince" the U.S. administration to work on "converging the views" of America and Russia in relation to the Syrian file to end the current international crisis.

The Russian Foreign Ministry had recently discussed this option several times with the Arab parties and the Syrian opposition, but Jordanian intensive contacts over the past week indicate that the suggestion of a transition plan to replace the scenario of overthrowing Bashar al-Assad's regime "grows" maturely and concretely even among the Arab countries.

Oman meanwhile has hosted in-depth meetings in this context over the last seven days, while it seems that both the UAE and Egypt support the plan.

The viewpoint of Jordan talks about the need to maintain the Syrian regime and the state apparatus in a transitional phase that ends with Bashar al-Assad and his family leaving power. It is obvious that the plan tries to avoid the Iraqi version of dissolving the Baath Party.

According to Western diplomatic sources in the Jordanian capital, Oman seems to have developed a vision in this context that required the visits of Sisi and Saudi monarch.