Khaled Khoja was elected president in a close vote late Sunday night during a three day meeting of the National Coalition in Istanbul, where it is based 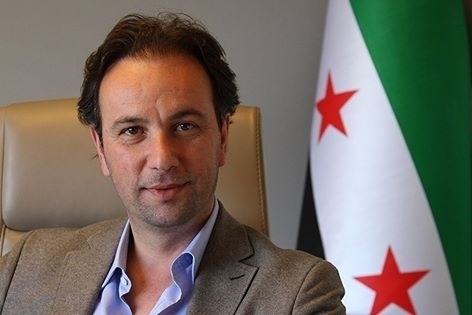 The coalition of groups opposed to Syria's regime voted to elect Khaled Khoja as its new leader, as Russia, a key supporter of Assad, pushes to bring the government and the opposition together in Moscow for talks.

Khaled Khoja was elected president in a close vote late Sunday night during a three day meeting of the National Coalition in Istanbul, where it is based.

The coalition is seen as remote from the military opposition fighting the regime of Bashar al-Assad. But it is involved in talks with international negotiators looking for ways to end the civil war that has left more than 200,000 dead.

Khoja replaces Hadi al-Bahra, who did not run for re-election.

The meeting comes amid a push by Russia, a key supporter of Assad, to try to bring the Syrian government and the opposition together in Moscow for talks. The coalition has not ruled out participating, but has so far insisted on conditions.

Khaled Khoja won the presidency of Syria's National Coalition for Syrian Revolutionary and Opposition Forces with 56 votes from 111 members, 109 of whom cast their votes. His rival, Nasr al-Hariri, the group's secretary general, received 50 votes.

According to Coalition sources, Hisham Mroueh was elected as vice president with 56 votes, while his rival for the vice presidency, Fayez Sara, obtained 48 votes.

Speaking to al-Araby al-Jadeed,  a source within the coalition said that the election for the female vice president would go into a second round as neither of the leading candidates, Nagham al-Ghardi and Evaron Sharif, secured a majority.

The elections to the position of  secretary general will also run into a second round, as Jawad Abu Hattab only obtained 51 votes while Yehya Maktabi obtained 54.

The vice president's position, allotted to the Kurds, remains vacant since the Kurdish National Council did not nominate any candidate.