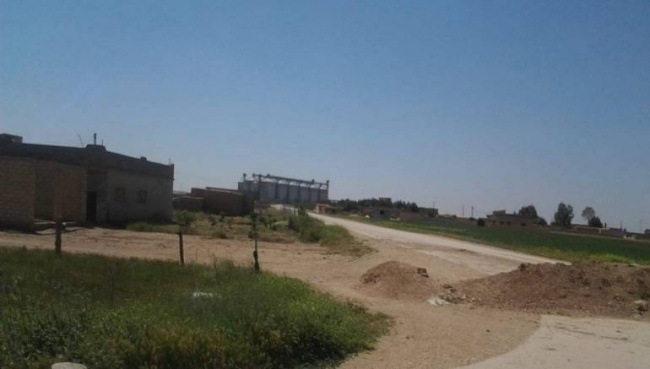 The value of grain captured by the Democratic Union Party (PYD) from the regime’s stores has reached 6 billion Syrian Pounds, a source revealed to Zaman al-Wasl.

The source confirmed that the regime’s Cabinet was aware of the incidence and the value of the loss, forwarding a letter to Major General Mohamed Khaddoor, the military Mayor in Hassakeh, inquiring as to the amount of grain and its whereabouts since its capture by “national forces”.

“The PYD ordered their people to distribute some of the reserves to justify capturing and selling grain later”, the source added.

Activist Mahmood al-Ahmad told Zaman al-Wasl the regime had contracted traders to transfer grain to Damascus and its costal areas from Hassakeh and Qamishli, after losing control of roads passing through areas controlled by ISIS.

The activist added the PYD possessed a stock of barley from Sebat’s grain center, totaling 210 billion Syrian Pounds, and 17 thousand tons of black barley, equal to 500 million Syrian Pounds, from Tal Ziwan as compensation for its loses in the battle of Tal Hamis a year ago, in which the party lost 300 fighters.

The activist mentioned PYD fighters transferred the grain to the town of al-Manajeer and three other villages, while regime forces managed to secure grain in only 5 grainaries of 41 – Qamishli, Hassakeh, Sebat, Jarmaz, and the livestock treasury.

The regime contracted a number of Iraqi traders to import 200 thousand tons of grain from Iraq, but the deal was cancelled after the Islamic State's capture of Nineveh, closing the only remaining land connection between Hassakeh and Iraq.

Grain is amongst the most strategic harvests for the Syrian economy and a major source of foreign currency. The country managed self-sufficiency in the 1980s, and started exporting in 1994, but returned to importing grain following the 2008 drought.

Syria’s grain needs are estimated at 5 million tons, although production does not currently exceed 3.5 million tons. The remaining grain is imported from Eastern Europe.