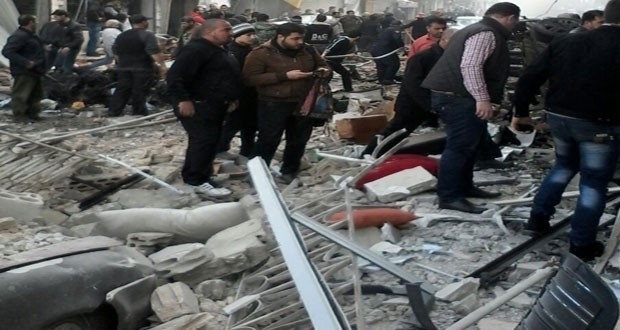 A car bomb attack hit al-Hadara Street in the Ikrima neighborhood of Homs on Wednesday, claiming the lives of six civilians and injuring dozens more.

Homs Governor Talal al-Barazi told SANA that five civilians were killed and 35 others were injured in the attack, which took place in a crowded residential area.

Later, a source at the Homs Health Directorate said that the bodies of five victims and 70 injured people, most of them women and children, arrived at hospitals throughout Homs city.

The bombing caused considerable damage to shops and cars in the neighborhood, in addition to damaging electricity, telephone, and water infrastructure in the area.

Twin terrorist bombings had rocked the same neighborhood in October 2014, targeting a school compound and leaving a trail of death in its wake. More than 45 civilians, most of them children, were killed and more than 115 others were wounded.