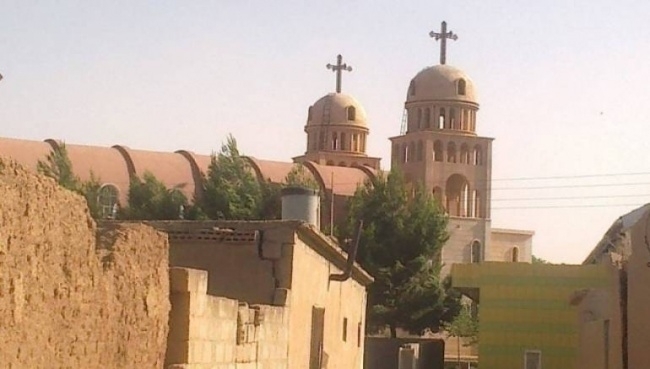 The Assyrian Democratic Organization revealed yesterday that ISIS has demanded Christian people in Hassakeh remove the crosses from churches or face demolition.

Zaman al-Wasl obtained a statement from the Assyrian Organization revealing that ISIS entered the Assyrian village of Tal Hemez last Friday demanding the removal of all crosses from Churches, threatening demolition if they refuse to comply.

The statement condemned the practices of ISIS in which they impose Islamic rule over a non-Muslim population, without consideration for differences in culture while forcing residents to pay a non-Muslim tax.

“Those barbaric and cruel practices would draw the country back to the black and recession eras by placing Assyrians and Syriacs in a difficult dilemma, to either support the Assad dictatorship, or give up and yield to extremist groups who wish to impose strange and unacceptable rules with minimum regard for human rights”, Karam Douli, member of the political office in the Assyrian Democratic Organization, told Zaman al-Wasl.

The Assyrian organization claimed that if ISIS continued its practices of intimidation, people would be forced to emigrate.