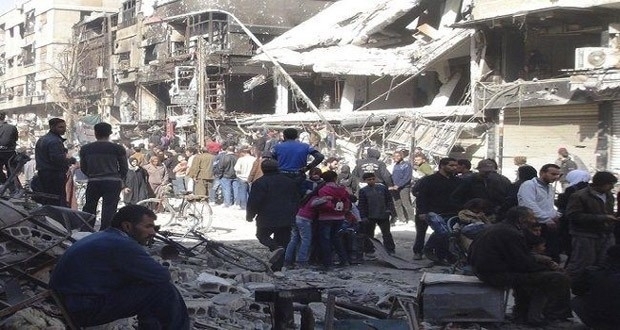 Armed terrorists in Yarmouk Camp have blocked aid delivery in the neighborhood, located south of Damascus city, in a new act of interference, examples of which have been repeated many times for the ninth consecutive week.

Director of the General Authority for Palestine Arab Refugees (GAPAR) Ali Mustafa clarified in a statement on Sunday that terrorists opened fire and tossed explosive devices at the aid distribution site to scare the residents away.

He pointed out that food aid convoys were forced to leave the site, affirming that GAPAR and the United Nations Relief and Works Agency for Palestine Refugees in the Near East (UNRWA), which work together in aid delivery and distribution, will resume work from next Thursday.

The two organizations, aided by the Syrian government, distributed more than 55,000 food packages and 11,000 medical supply packages in 2014.