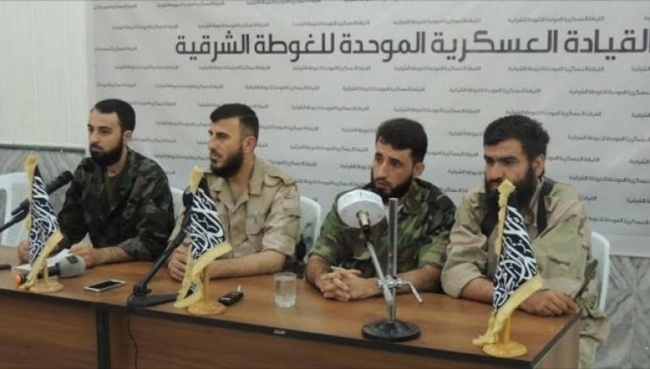 The Unified Military Command of the Eastern Ghouta district, in a statement posted online, has called for the unity of armed groups fighting against the Syrian regime.

The Command was founded in August 2013 between the Islam Army (Jaish al-Islam), Al-Rahman Legion (Failaq al-Rahman) and the Islamic Union for Ajnad al-Sham. Islam Army was formed by a merger of rebel factions in 2013 and has received continual backing from Saudi Arabia.

Towns of Eastern Ghouta have suffered severe siege and daily shelling for more than three years since the armed conflict escalated.

The United Nations claims 220,000 people have been killed since 2011 in Syria's civil war, which began as peaceful protests against President Bashar al-Assad.