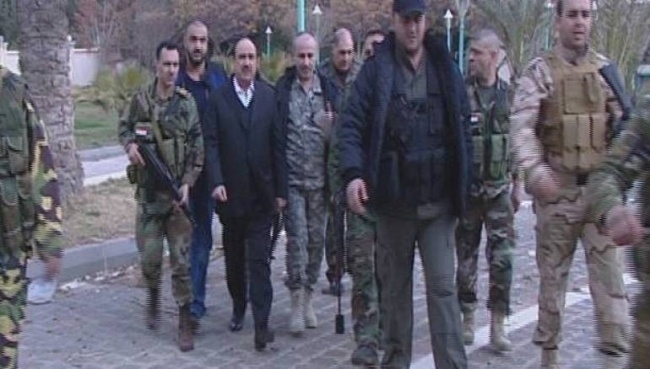 In a statement posted online, 28 rebel factions from the Syrian southern province of Daraa have vowed to roll back regime forces from Qarfa and Namer villages.

The statement comes in response to a visit paid by Commander of Syrian Political Security Gen. Rustum al-Ghazali to the regime's strategic stronghold of Qarfa village, and to his hometown of Khirbat Ghazaleh. Rebels have purportedly considered the visit as a provocation, claiming they will soon storm the villages of Qarfa and Namer, along with nearby military bases.

Many rebels from the city of Daraa belong to the Southern Front, which includes some 30,000 fighters from more than 55 mainstream opposition groups operating from the Jordanian border to the outskirts of Damascus and the Golan Heights.

Syria's conflict, now in its fourth year, has killed more than 220,000 people, causing millions to flee.