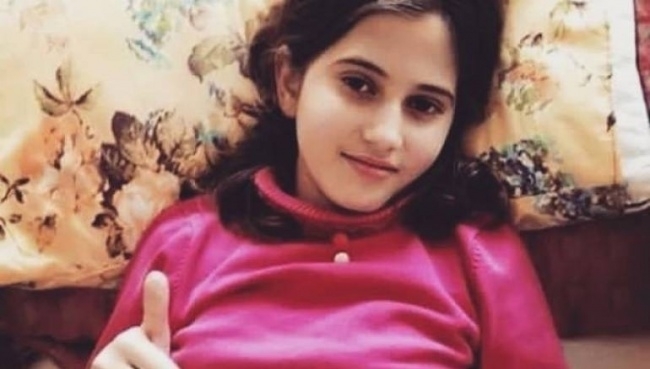 Razan al-Khoja, an 11-year-old from Aleppo city, was cleared of leukaemia two years ago, but unfortunately the cancer has returned.

Razan is considered to be the Molham Voluntary team’s youngest relief worker. Following her first chemotherapy treatment, Razan lost her hair, prompting her colleagues to shave their heads in support.

The young volunteer’s first treatment in Jordan was covered by the United Nations Higher Commission for Refugees (UNHCR). Razan was also granted an exemption for the treatment’s cost from Prince Ghazi’s office.

“While working with our team, her emotional and psychological status dramatically improved, which helped her to fight the disease and respond well to treatment”, activist Ahmad Abo Shaar said.

The activist added that her participation in the children’s play “We got out for light” had the biggest positive effect on her recovery.

Commenting on Razan’s disease's recurrence, the activist said that four weeks ago it started with a headache, only to discover later that the cancer has come back and is situated in her brain.

“Unfortunately, this time there is no free treatment, as UNHCR has stopped covering Syrian refugees’ treatment in Jordan, and we were unable to obtain an exemption, or even permission, for treatment at the al-Hussien Cancer Center”.

“There is no cover for treatment apart from some modest donations”, he said.