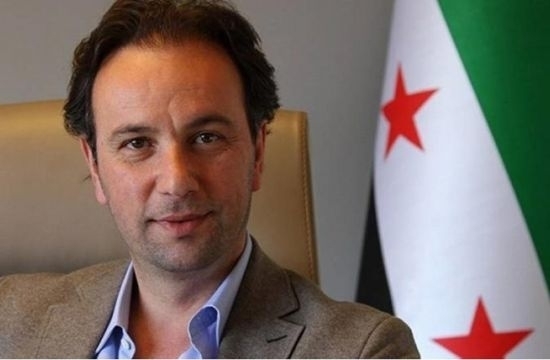 President of the Syrian National Coalition Khaled Khoja stressed the solution to the Syrian crisis is the removal of the "tyrant" Bashar al-Assad and his regime, claiming that the United States is negotiating with Iran at the expense of Syria.

Khoja, in a statement to al-Watan newspaper, said "the source of chaos comes from the regime – I mean the explosive barrels, the toxic chlorine gas and the brutal and intentional killing of the Syrian people".

Khoja pointed out that the Iranian nuclear talks are deeply connected to the survival of the regime in Syria, adding that "the indifference shown by the current US administration is a result of the negotiation process between the Western countries and Iran".

"For us, we rely on the leading role of the Kingdom of Saudi Arabia, and its support for the demands of the Syrian people – especially the political demands embodied in Geneva II conference, which was based on the establishment of a transitional governing body with full executive powers", Khoja said.

"We are fighting the Iranian army in Syria. Everybody knows that Qassem Soleimani is now commanding battles in Horan, and the soldiers captured there were Iranian soldiers, so Tehran is not only a threat to Syria, but to the whole region. It is unfortunate that the United States links the Iranian nuclear file with a package of absolution – including pardoning the regime of Bashar al-Assad. Washington is indifferent to what is happening in Syria, the killing and destruction, because its priority is to achieve its objectives with Iran", Khoja added.