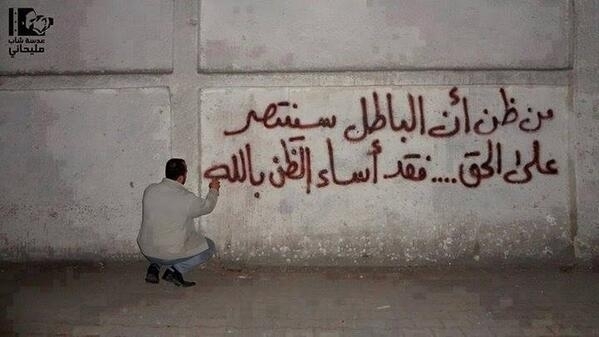 The official spokesman of the Southern Front, Major Essam ar-Rayes, appealed to Syrian expatriate youth in neighboring countries and European asylum countries, to the sons of Homs, Lattakia, Hama, Damascus, Daraa, Aleppo, Idleb and to all the sons of Syrian cities and villages, who were forced to leave Syria due to the practices of regime forces against the Syrian people – by bombing, arrest and torture.

Ar-Rayes promised Syrian expatriate youth in a statement that the rebels will continue fighting Bashar al-Assad's army with all their strength. "We will liberate our land from occupation and tyranny and all forms of oppression, we promise", ar-Rayes added.

"Warplanes are dropping death on Syrian children and women again, but Syrians who remain in their homeland don’t need money, nor fighters, nor bullets, nor food or drink, they need their sons happy and fine in the diaspora", said ar-Rayes.