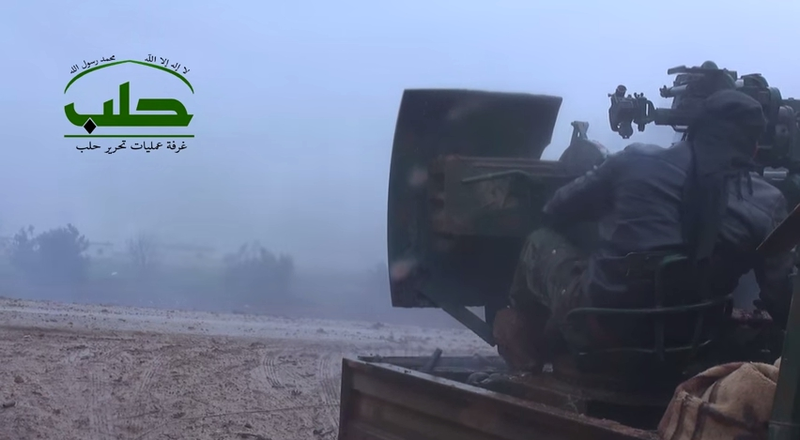 Sources in Aleppo have revealed that Assad's forces are running out of Syrian fighters, with the regime requesting Iran supplement the shortage by sending mercenaries, fearing the loss of more areas to the rebels in the province of Aleppo.

The sources confirmed to Siraj Press that the Assad regime has recruited hundreds of civilians from the neighborhoods of Aleppo over the past four months. Some of them were forcefully recruited as reservists in the National Defense militia, after being arrested at checkpoints on the main roads of the western neighborhoods of Aleppo. These newly-recruited forces have undertaken an express-military course at the Military Engineering Academy and the Technical Air Defense School in ar-Ramouseh neighborhood, under the supervision of instructors from Iran and Lebanon.

Assad's forces have equipped a convoy of more than 1,000 fighters, in addition to mercenaries from Iran and Lebanon with guides from the towns of an-Nubbuk and az-Zahraa, in order to break the siege around the two towns. A moral victory would strengthen the regime's position towards the plan by UN Special Envoy for Syria, Staffan de Mistura, on freezing fighting in Aleppo. The regime wishes to show it remains strong, especially after its heavy losses while attempting to tighten the siege on the city of Aleppo.

Assad's soldiers captured by the rebels in the villages of Ratyan and Hardatnin revealed that they were recruited compulsorily after being arrested at the checkpoints in the western neighborhoods of Aleppo – some of them admitted to being mercenaries, fighting with Assad's forces for a monthly salary.  Assad's forces have lost most of the convoy dedicated to tightening the siege around Aleppo city and the towns of Nabul and Zahra, leading to the regime's Aleppo operations room requesting Tehran send fighters and ammunition to the city.