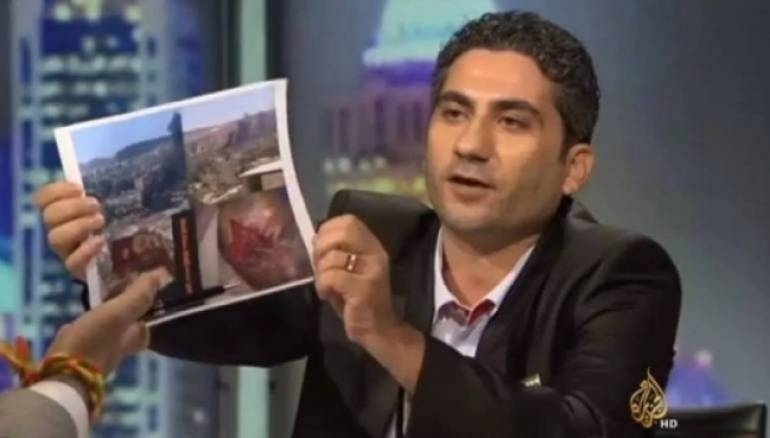 Shandi told Zaman al-Wasl that members from the Kurdish People’s Protection Unit (PYG) had given his family one week's notice to evacuate the house and leave the farm without reason, adding that act was a part of the ongoing looting of public and private property.

“My mother told them that my family has no contact with me, but the PYG’s militia told her to come to me in Kurdistan to rent them a house”, Shandi detailed.

Shandi compared the PYG’s actions to the occupying operations of Israel in Palestine, and other militias like the Kurdistan Workers’ Party and Hezbollah, which force their will through arms.

Shandi mentioned that he moved residence three times after receiving threats after appearing on Al-Jazeera’s “Opposite Direction” show in October 2014, in which he contradicted the PKK and its branches. “I am their most hated enemy because I have opposed them since 2005 and written against them in newspapers and contradicted their loyalty to the regime”.

The Syrian Kurdish politician also confirmed that the PYD has commenced removing anybody with ties to the Free Syrian Army in Efrin.