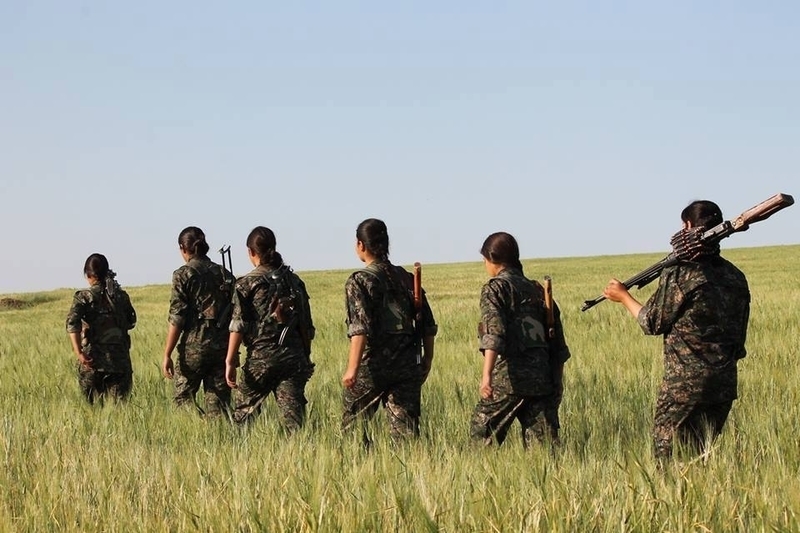 Kurds Front commander Ahmed Burkul said the Front is fighting regime forces and ISIS, simultaneously, stressing the continuation of efforts to liberate the countryside of Kobani in order to free the cities of al-Bab, Jarabulus and Tal Abiyad.

"Kurds Front now coordinates with al-Jabha ash-Shamiyah and a number of other factions to advance towards the cities of al-Bab and Jarabulus to liberate them from ISIS militants. Cooperation with factions of the Euphrates Volcano operations center continues in order to liberate the city of Tal Abiyad, while further troops are stationed in the north of Raqqa city", Burkul added.

"The armed factions of the Euphrates Volcano operations center continue the liberation of villages in the countryside of Kobani, besieging ISIS militants near Qara Qozaq and Sirrin”.

ISIS’ use of civilians as human shields in the town of Sirin has led the factions of the Euphrates Volcano to delay the storming of the town.

The  Euphrates Volcano operation center was founded as a result of coordination between the Free Syrian Army and the Kurdish People Protection Units in order to face ISIS in Kobani.

“We control the ground and the coordination between us is at a high level", the leader explained.

As for the support the Kurds Front receives, Burkul said: "In the past we were getting some support from the Revolutionary Military Council, but it was limited and has stopped now. After ISIS attacked Kobani, we received support from Gulf and Western countries. But in general, the primary source of our support is our people".

According to Burkul, "Kurds Front was founded by a number of Arab, Kurdish and Turkmen factions and battalions in Raqqa, Aleppo city and its countryside, Lattakia, Hama and Homs in January 2013. ‘Kurds Front’ was chosen as a name to highlight Kurdish participation in the Syrian revolution”. As for the political representation, Burkul said: "Kurds Front does not follow any political party".