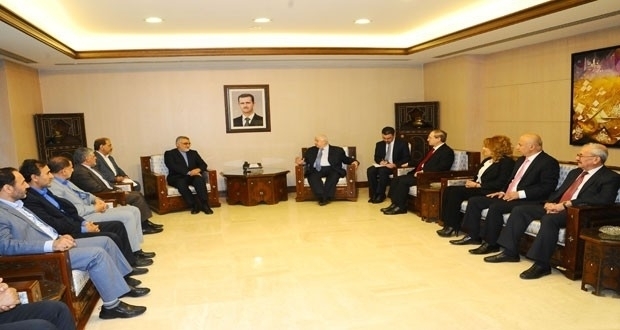 The meeting focused on developments inside Syria and the region and the accelerating terrorist threats, backed by a number of major countries, which aim to destabilize the region by spreading chaos and harming the interests of its peoples.

Minister Muallem stressed the Syrian people and army have shown a firm will to defeat terrorism and its supporters, expressing gratitude for Iran’s enduring support for Syria as it defends its territorial integrity and the interests of its people.

Boroujerdi said the fraternal relationship between the people and leadership of Syria and Iran is too strong to be affected by any enemy who attempts to conspire against it.