Coalition vice president stresses political initiative must ensure the departure of the Assad regime, while recognising rights of all citizens regardless of differences 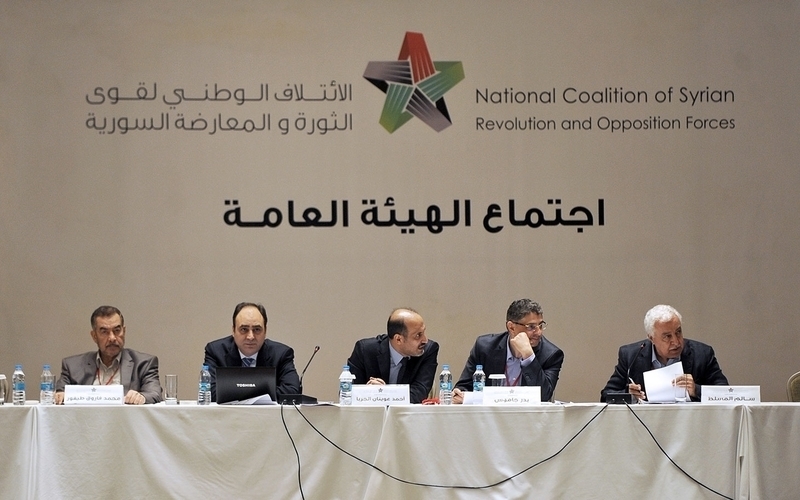 The Syrian National Coalition said it welcomes any initiative aimed at reaching a comprehensive political solution to the Syrian conflict, saving the blood of the Syrians, preserving state institutions and opening the way towards transition to a unified Syria where all components of Syrian society peacefully co-exist and where their rights are ensured.

Vice-president of the Syrian National Coalition Hisham Marwa stressed that a political initiative must ensure the departure of Assad's ruling and his clique, recognize the rights of all citizens regardless of differences in background, and develop the concept of citizenship as the basis for the new Syria.

Marwa points out that all components of the Syrian social fabric have made sacrifices during the revolution, adding that Syrians remain affected by the barbaric oppression of the Assad regime which has always falsely claimed to protect them.

“A new Syria can be achieved only through the cooperation of all its sons and daughters to topple the murderous Assad regime and build a civil, pluralist, democratic state that enjoys constitutional life and the rule of law. A state that redresses the grievances of its people, provides justice to victims, and holds to account perpetrators of crimes and corruption before fair courts and on the basis of personal responsibility. A state that provides equal opportunities for all its citizens based on the standards of efficiency and competence. It seeks to separate powers, establish an independent judiciary, and respects the will of the people in representative institutions that are established through free and fair periodic elections”, said Marwa.

“The current phase of the Syrian revolution requires political and national awareness from all political currents and military forces. It also requires a departure from the concept of narrow interests to the concept of the state, which includes all components of the Syrian society, including the Alawite sect and to ensure their rights.

“Furthermore, the current phase also requires courageous re-evaluation of the current situation by the honorable and wise people in the various social components that the Assad regime is taking as hostages and claims to protect. All components must recognize the inevitability of the downfall of the Assad regime and avoid the disastrous consequences of continuing to support it or keeping silent about its daily crimes”, Marwa added.

“The Syrian Coalition has adopted and ratified ‘The Document of Basic Principles for a Political Settlement in Syria’, which is made up of 13 items representing a roadmap for a political solution in Syria based on the Geneva communiqué and UN Security Council resolutions. The document was also approved by other opposition blocs, a number of rebel factions and political currents including The National Coordination Commission and Building the Syrian State Movement.”

Marwa pointed out that freedom, justice and dignity are the main objectives of the Syrian revolution for which rebels have paid dearly to consolidate among all the Syrian people regardless of race, religion or sect.