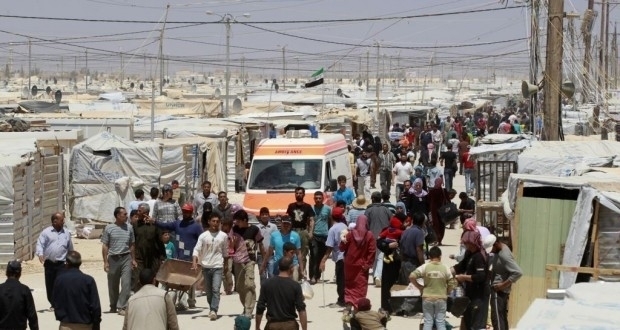 The study reported that Syrians work longer hours, as 30 percent work more than 60 hours per week, and 16 percent work 80 hours or more per week.  The study, based on a questionnaire submitted to around 4,000 Jordanian and Syrian families, concluded a greater number of Syrian refugees would be forced to enter the labor market if humanitarian aid began to dry up.

The report found that the increase in the unemployment rate among Jordanians in host communities in Amman, Irbid and Mafraq has risen by about 30-40 percent among women, and 10-17 percent among men between 2011 and 2014, which "constitutes a further pressure on the Jordanian authorities to implement the current labor regulations, such as the limit of minimum wages and safety conditions".

The study found that the highest unemployment rate among Jordanians was in three areas with the highest concentration of Syrian refugees – Amman, Irbid and Mafraq governorates in the country’s north – where unemployment rates have peaked between 14.5 and 22.1 percent since 2011.

The majority of low-paid skilled Syrian refugees work in crafts jobs that emerged after 2011, while some work in occupations that existed prior their arrival.

The study recommends providing Syrian refugees with work permits in some sectors, noting that "if this issue remained untreated, illegal work will continue and will impact negatively on Jordanians and Syrians alike".