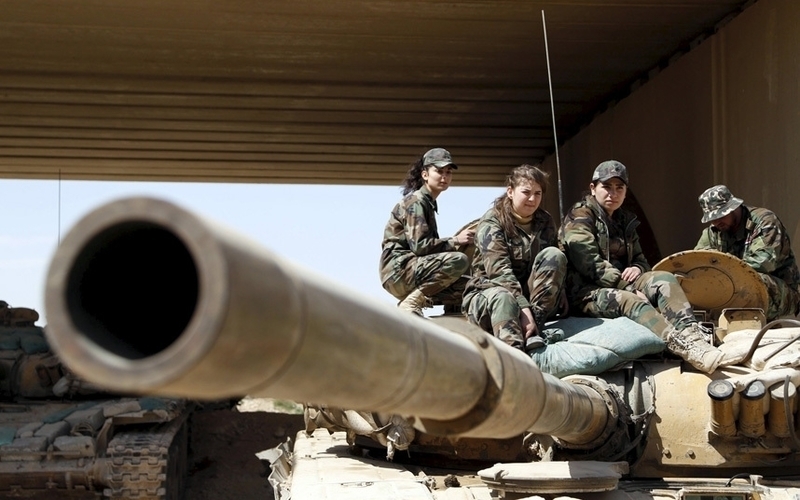 Social networking websites linked to the pro-regime National Defense Militia published images of combat training for female volunteers from Tartous. According to the pages, the training takes place in the Safita district of Lattakia.

A special source from Banias, who spoke with al-Souria on the condition of anonymity, said the Syrian regime has begun to recruit many Alawite girls in the National Defense Militia, stressing that the focus is on the wives and sisters of regime soldiers killed during the fight in Syria.

The source pointed out that the training of volunteers also takes place in Homs and its countryside, and in areas in the countryside of Hama and Lattakia.

The revelation comes as the Assad regime suffers successive defeats in multiple areas in Syria, and amid rising death rates among its militias.

Speaking to al-Souria Net, Ahmed, an activist from Lattakia, said: "Assad's regime suffers from a severe shortage in all fronts due to the large numbers of soldiers killed or injured in the battles. The young men in the province live in a state of fear of being forced to recruit in the army, after many of the young men were arrested and forced to join the fight ".

Ahmed added that the regime will continue to find alternatives to make up for the significant shortage in its troops. "The regime's propaganda focuses on the relatives of the Alawite soldiers killed in the fight, especially those from the countryside of Jablah and Tartous", Ahmed said.

Activists from Lattakia stressed that the regime's successive setbacks would lead to many arrests in the upcoming period, and the arrest campaign will focus on young men. "More female battalions are expected to emerge in all the coastal areas", the activists said.