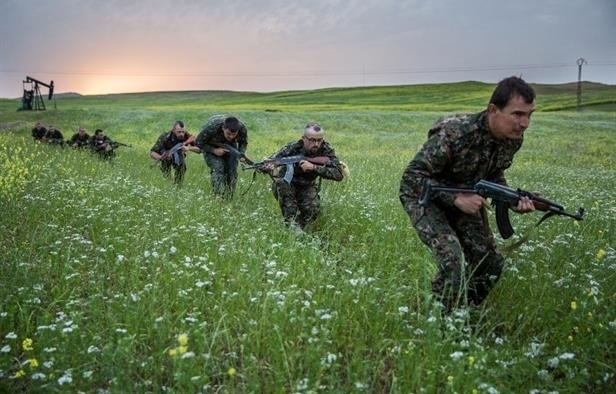 The Syrian Coalition has warned the Kurdish Democratic Union Party (PYD) to halt its violations against civilians in the province of Hassakeh stressing that its actions correspond precisely with the plans of the Assad regime, which seeks to foment chaos in the liberated areas. “These practices are no different from the terrorist approach adopted by the Assad regime and ISIS to ignite infighting between components of Syrian society, and to encourage sectarian and ethnic extremism in the area”, the Syrian Coalition stressed.

Over the past few months, rural Hassakeh has seen an increase in the violations committed by the PYD’s military wing, known as the People's Protection Units (YPG), against residents of the area. The YPG’s militias have launched arrest campaigns against the Arab and Kurdish populations, systematically displaced civilians, forced young people to migrate to dodge compulsory service, and kidnapped civilians – especially minors – to spread terror among the population. Moreover, the Kurdish militias routinely use force in dealing with civilians and have reportedly begun fighting allied rebel battalions on several occasions.

The Syrian Coalition calls on rebel battalions to be aware of the plans of the Assad regime and its allied militias, stressing the need to close ranks on all fronts.