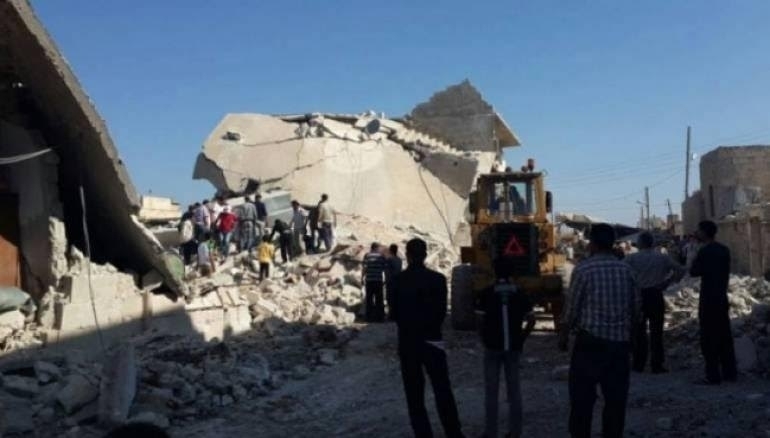 The Syrian air force intensified its aerial campaign against rebel-held areas in the northern province of Aleppo on Thursday, killing at least 14 people in a series of airstrike, activists said.

At least six people, including women and two children, were killed in twin barrel bomb attacks on the village of Deir Jammal in the northern countryside of Aleppo, while a second attack killed eight people in the village of Hayyan, according to a Zaman al-Wasl reporter.‫

Reports of additional casualties have also emerged as Syrian air forces conducted raids on the towns of Hraytan and Arateb.

The Assad regime has waged an unrelenting aerial campaign against opposition-held areas over the past months, making particular use of improvised barrel bombs. Rights groups have heavily criticized the use of these weapons, claiming they cause indiscriminate damage and are more likely to inflict civilian casualties.