Enemies’ attempts to distort facts through their media tools will not affect the Syrians’ morale, says minister Zoubi 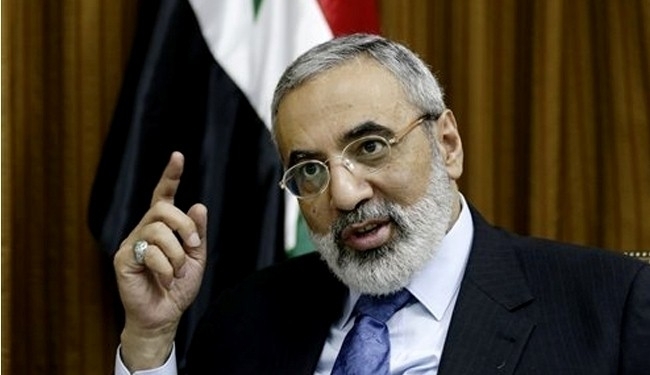 Information Minister Omran al-Zoubi said on Sunday that the inhabitants of Hassakeh form the main support base for the Syrian Army in its battle against Islamic State (ISIS) forces and other terrorist organizations.

During a live phone interview on Syrian television, Zoubi saluted Hassakeh’s citizens, commending their bravery, their commitment to national belonging and their support for the army and popular defense groups.

The minister claimed the army is continuing its fight in Hassakeh, Idleb, Qalamoun, Daraa and all other Syrian areas, adding that the military situation on the ground sometimes requires the army to withdraw for regrouping or redeployment. In their effort to disseminate false information about the ongoing events, this is usually distorted by hostile media organizations to reflect defeat, Zoubi said.

Zoubi noted: “what happened in Hassakeh, and what is going on in Qalamoun, prove beyond doubt that the Syrian Arab Army and popular defense groups all over Syria are highly-qualified”, adding that “the enemies’ attempts to distort facts through their media tools will not affect the Syrians’ morale”.

The official said hostile media has “failed miserably”, as its attempts to breathe life into reeling terrorist groups through the spreading of rumors and lies that have been laid bare for all to see.